Have you ever wondered the story behind some of the most popular classical paintings we all know today? From the creation of The Great Wave off Kanagawa to The Scream and many others more.

The Great Wave off Kanagawa 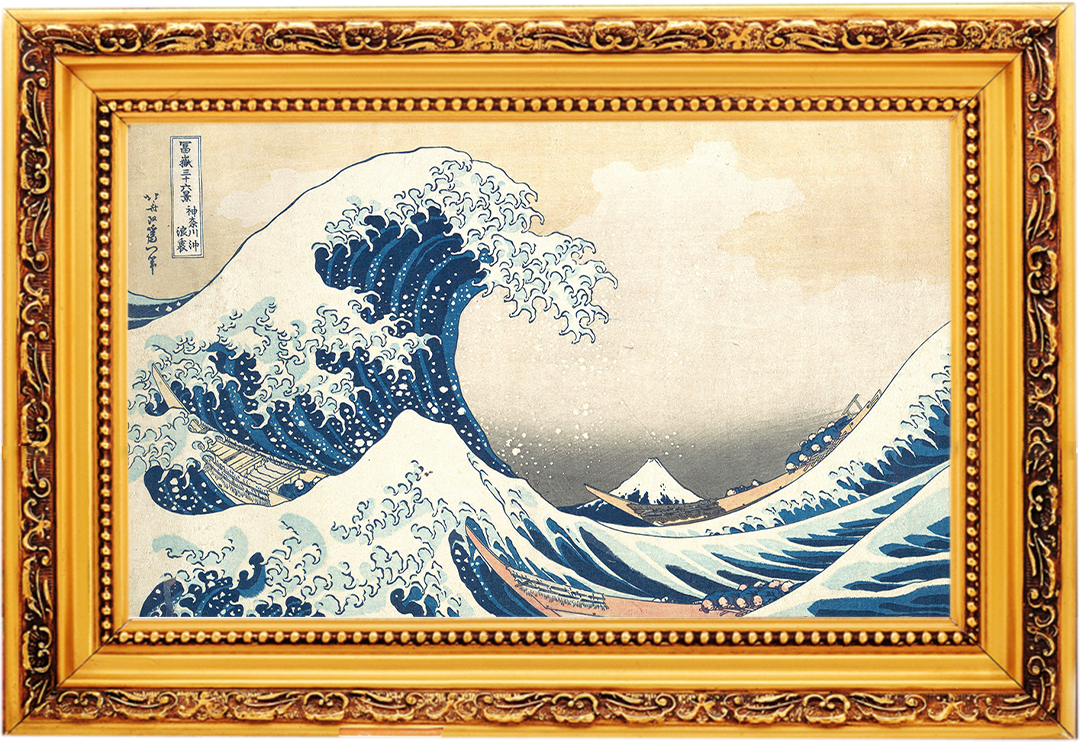 The Great Wave off Kanagawa (Japanese: 神奈川沖浪裏, Hepburn: Kanagawa-oki Nami Ura, lit. "Under the Wave off Kanagawa"), also known as The Great Wave or The Wave, is a woodblock print by the Japanese ukiyo-e artist Hokusai. It was published sometime between 1829 and 1833 in the late Edo period as the first print in Hokusai's series Thirty-six Views of Mount Fuji. The image depicts an enormous wave threatening three boats off the coast in the Sagami Bay (Kanagawa Prefecture) while Mount Fuji rises in the background. Sometimes assumed to be a tsunami, the wave is more likely to be a large rogue wave.

It is Hokusai's most famous work and is often considered the most recognizable work of Japanese art in the world. 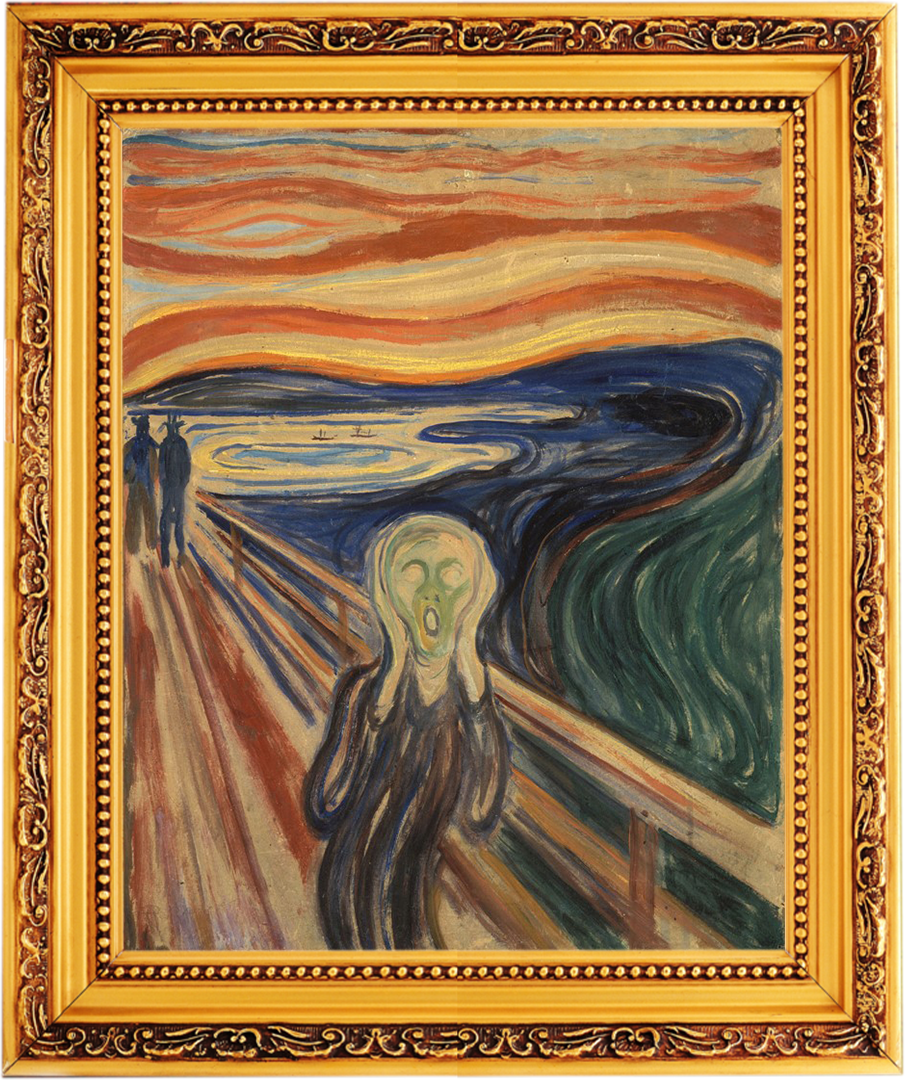 The Scream is the popular name given to a composition created by Norwegian artist Edvard Munch in 1893. The agonized face in the painting has become one of the most iconic images of art, seen as symbolizing the anxiety of the human condition.

Munch recalled that he had been out for a walk at sunset when suddenly the setting sun's light turned the clouds "a blood-red". He sensed an "infinite scream passing through nature". Scholars have located the spot to a fjord overlooking Oslo and have suggested other explanations for the unnaturally orange sky, ranging from the effects of a volcanic eruption to a psychological reaction by Munch to his sister’s commitment at a nearby lunatic asylum.

The painting is currently at the National Gallery and Munch Museum, Oslo, Norway. 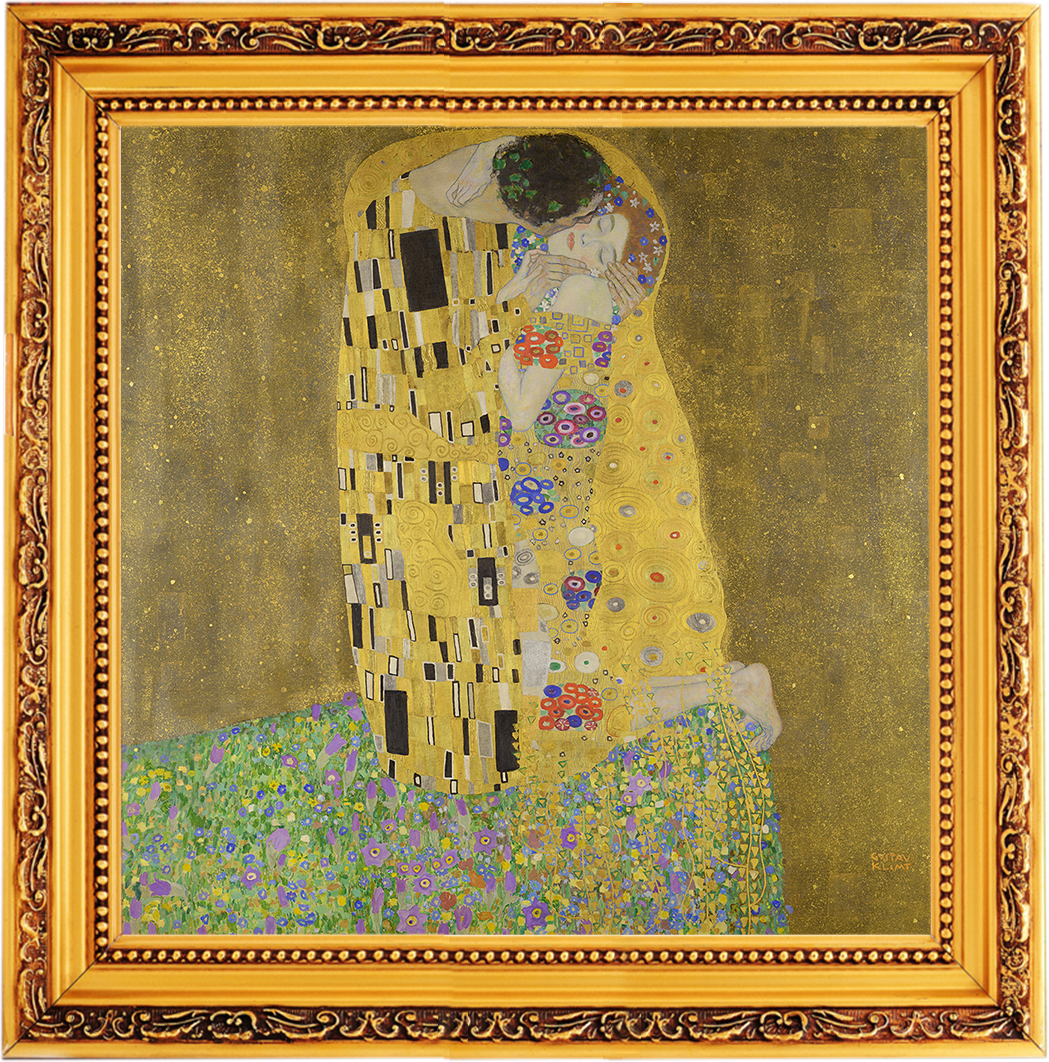 The Kiss (in German Der Kuss) is an oil-on-canvas painting with added gold leaf, silver and platinum by the Austrian Symbolist painter Gustav Klimt. It was painted at some point in 1907 and 1908, during the height of what scholars call his "Golden Period". It was exhibited in 1908 under the title Liebespaar (the lovers) as stated in the catalogue of the exhibition. The painting depicts a couple embracing each other, their bodies entwined in elaborate beautiful robes decorated in a style influenced by the contemporary Art Nouveau style and the organic forms of the earlier Arts and Crafts movement.

The painting now hangs in the Österreichische Galerie Belvedere museum in the Belvedere, Vienna, and is considered a masterpiece of Vienna Secession (local variation of Art Nouveau) and Klimt's most popular work. 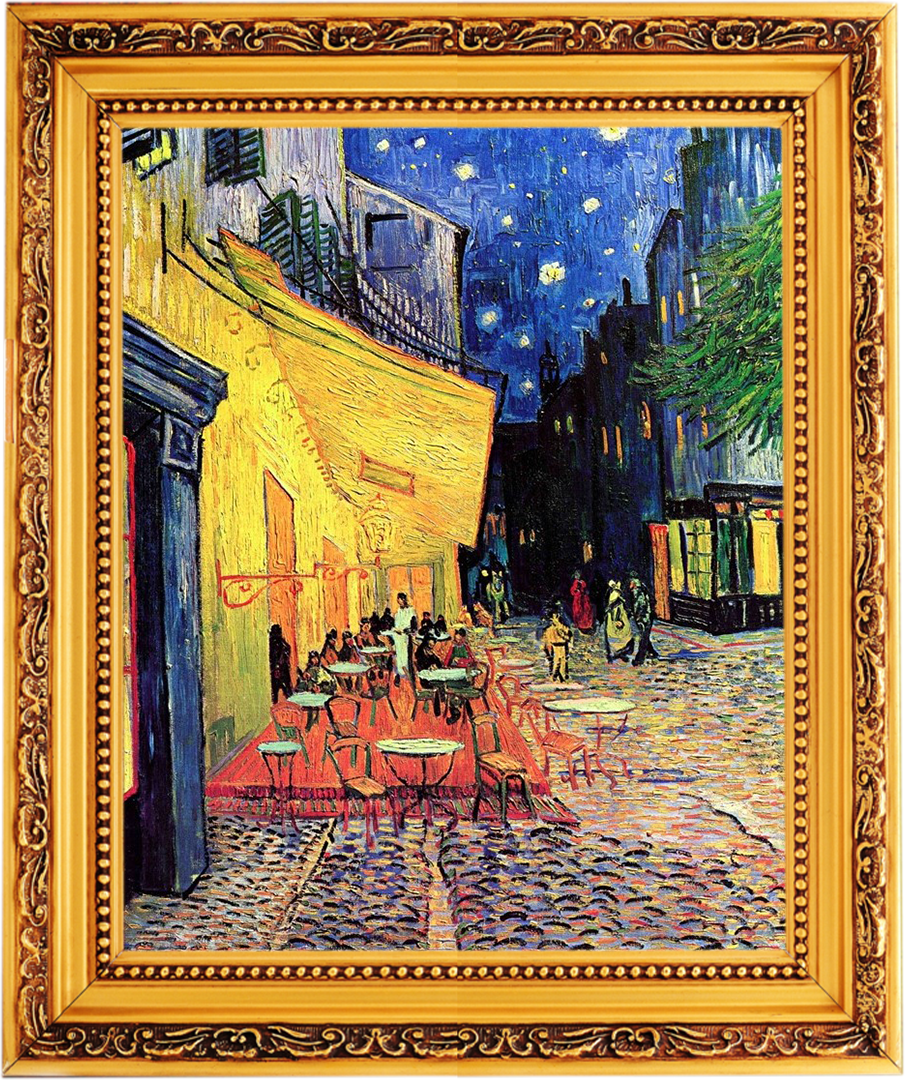 Van Gogh painted Café Terrace at Night in Arles, France, in mid-September 1888. The painting is not signed, but described and mentioned by the artist in three letters.

Visitors to the site can stand at the north eastern corner of the Place du Forum, where the artist set up his easel. The site was refurbished in 1990 and 1991 to replicate van Gogh's painting. He looked south towards the artificially lit terrace of the popular coffee house, as well as into the enforced darkness of the rue du Palais which led up to a building structure (to the left, not pictured) and, beyond this structure, the tower of a former church which is now Musée Lapidaire.

Towards the right, Van Gogh indicated a lighted shop and some branches of the trees surrounding the place, but he omitted the remainders of the Roman monuments just beside this little shop.

The painting is currently at the Kröller-Müller Museum in Otterlo, Netherlands.

At Craft-Ease™, we make it easy and fun to recreate famous paintings through our Paint by Numbers and Diamond Painting Kits.

If you’re looking for a paint by number classic, we offer plenty of classic paint by numbers kits from famous artists, including Leonard di Vinci, Claude Monet, Michelangelo, and Vincent Van Gogh. Recreate beautiful animals, stunning sceneries and cityscapes, and much more. Each kit includes a rolled or framed canvas, acrylic paint and bonus paint pot holders, four wooden paintbrushes, a color guide, and reference sheet, and extra accessories such as wall hooks and brightener.

Nothing in your cart! Try add something